To The Man Who Made Me Feel Small 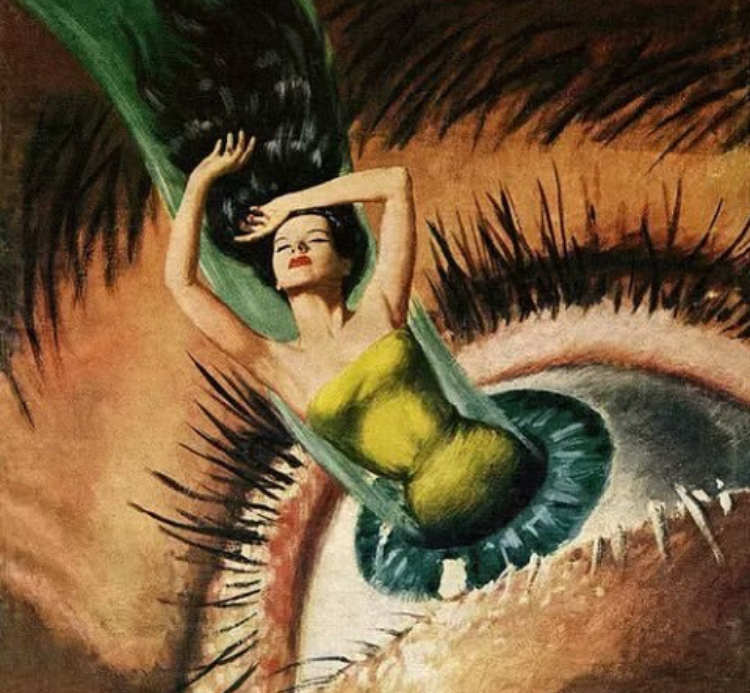 On the eve of my twentieth birthday, I felt a wave of superficial emotion flood through me. I was excited for the day to come, the bubbly brunch which would make me feel sophisticated and adult. What nudged its ugly head into the corner of my mind was that I would have to once and for all navigate adulthood and all that ‘real life’ entails.

I felt ridiculous, like a cliché. An existential crisis over a birthday? How original. The take-home message was that I would no longer be in helpless, hapless girlhood.

Ultimately though, I also detected a sense of accomplishment. I was proud of my progress. I had secured an internship, was on the brink of my degree, learned how to pay bills and ignore boys who had a taste for using women. Any intimidation that arose stemmed from a feeling of growth. All in all, I wasn’t a teen anymore.

Yet, no matter how ‘adult’ I felt, this feeling never failed to flicker.  With a tremble in my usually steady step, upon simply turning the corner of my street or doing a grocery shop, I often still felt like a teen.

I’m  talking about car beeps that make you jump out of your skin, lascivious gawks from behind windows of white vans or wolf whistles and perverted comments that automatically hang your head, lower your gaze and take the ease out of your gait when walking. It’s moments like walking home from Morrisons after ten o’clock and finding out a strange man I vaguely recognise from inside the store has parked his car metres away from my flat so that he could intercept me and insist on giving me a ride home. 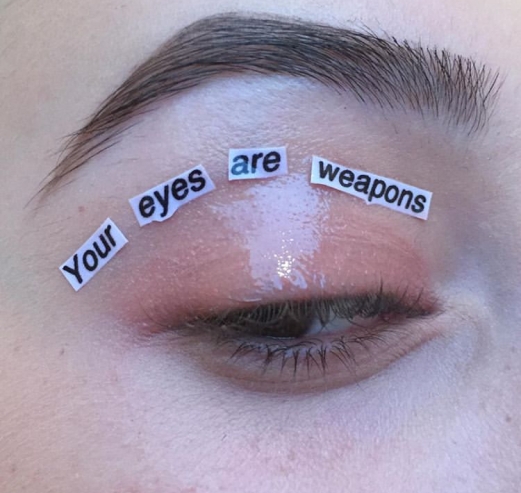 Active yet casual interventions in a woman’s life make her feel girlish and vulnerable. In her mind, she’s back in pig tails and lacy ankle socks and is being scolded by her teacher. Or she becomes a housewife with curlers in her hair, reproached for letting the dinner get cold.

But back to the story I mentioned- when walking home from Morrisons a few nights ago, a noticeably tall man who I vaguely recognised from inside the store was walking towards me on the sidewalk. As soon as I walked past, my chest was slightly less tight and I audibly relaxed. I had noticed him looking at me and was mentally verbalising a plea for him to reciprocate my lack of eye contact. Too little, too late. As soon as I passed him, he turned around and touched my arm, his mouth forming the dreaded ‘excuse me miss’. He walked behind me almost the whole way home, telling me he saw me walking down the road and decided to park as soon as he could so he could meet me and offer me a ride home- because I was ‘attractive’ and I was carrying heavy bags.

He showed me pictures of his daughter and said I shared a name with her. I was humouring him by answering his questions with lies and, only when I told him I had a boyfriend did he reluctantly begin to take no for an answer.

When I was 14, a van followed me home, shouting insulting ‘compliments’ before I sped into a short cut to my house. I hurried to the living room to kick my shoes off and, having thought I saw it reverse away from my dead-end street, I was alarmed to see the same blue vehicle trailing up and down for half an hour. It was bizarre, so I curled up under a blanket morosely, staying clear of the window with the irrational thought that he could see or smell me, like the kid catcher in Chitty Chitty Bang Bang.

A few days after, an employee in a TV store shouted ‘excuse me’ moments before I reached home, having secretly followed me down the typically suburban street I lived on. He was attractive and friendly, and, after finding out my age, he ‘nobly’ settled on telling me I was beautiful and would become an even more beautiful woman someday. Although I admit that 14 year old me felt flattered, every time I walked past the store my stomach tied itself in knots and twists almost on demand.  I was paranoid that he had metamorphosed into Big Brother, scrutinising the figure he had said was ‘amazing’ and the baby face he initially dismissed. At 20, I still subconsciously find myself looking inside that same store due to the fragment of pubescent validation I associated with it. I still see the same male employees that sometimes whistle when I walked past.

This year, the first day at my new workplace (an air-conditioned office of sub-zero degrees and glass walls), I heard a gentle tap on the door. Letting in ‘Ray the Fed Ex Guy’, he greeted me as ‘bubba’ after asking me if I was new here with a half grin and twinkling little eyes. My desk, a clean modern slate of cheap wood, was slightly farther than the two other desks. He surveyed me as I sat back down at it, letting out a low whistle accompanied by a throaty laugh: “They’ve placed you in the naughty corner, haven’t they bubby?” My face masked humiliation as his expression implied an innuendo. I hoped my blush was invisible under my makeup to maintain composure. Caught off guard, I forced a polite, albeit confused, acknowledgement as he told me he’d see me tomorrow.

My heart incrementally began to sink when I overheard my manager mention that he delivers these packages every. single. day. I would see the smirking scab of that smile daily, would have someone leer at me for at least five seconds every day. This would happen anyway through the unappetising meze of street harassment. But knowing it was cemented into my work routine turned my stomach more than usual. But guess what makes this slightly tragicomic? Everyone loves him, he brightens their day and makes them laugh. He doesn’t call me or the other female intern ‘baby’ in front of the others, but if he did it seems they’d turn a blind eye and brush it off as ‘classic Ray’. 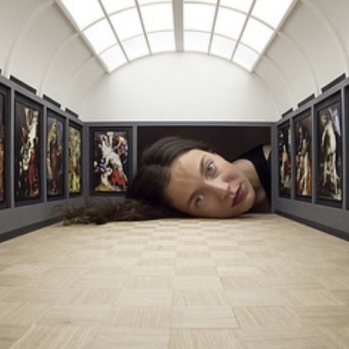 Intellectual dismissal, disrespect and infantilisation is the point to all these stories. Another example: recently, when studying in the library, a boy my age asked me if the laptop I was sitting next to was mine. When he looked at the screen that was filled with complicated mathematical equations, he answered for me with a laugh. Cutting off any sign of my response, he said ‘of course it’s not!’ He cozied up next to me to compliment my outfit with hopes it would charm me into a date that night.

I’m no psychologist, but all of these actions pivot on a misconceived entitlement which imbues certain men with arrogance. It endows them with almost a divine right to assert their self-hood and corresponding ‘masculinity’ in what was previously supposed to be a neutral atmosphere. 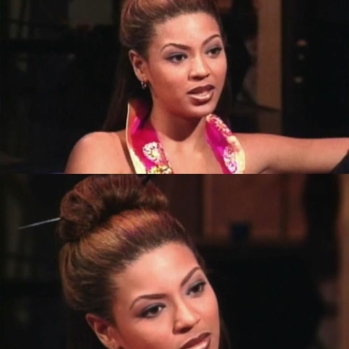 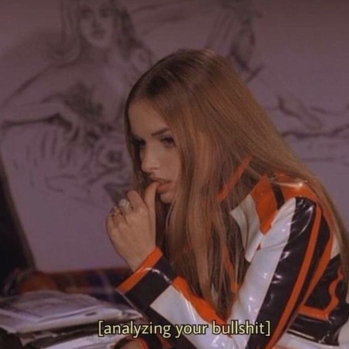 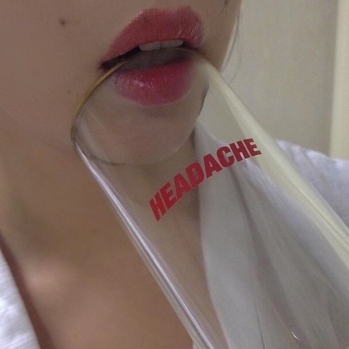 I’m not here to make great feminist claims or provide a solution, but simply to offer a commentary on something more abstract and difficult to articulate than something which is an obvious systemic flaw, like the wage gap. I am simply describing the universal feeling of ‘smallness’ which women are made to feel through mundane encounters with the opposite gender. In layman’s terms, this is nothing less than casual sexism.

Like other women, I’ve also received more explicit sexual harassment. Yes, there has been lude, disturbing and pornographic language thrown my way, both in my real life and the inevitable ‘free reign’ of the Internet. I also haven’t been asked what I was wearing by a jury or publicly demeaned at court. I’m a young white university graduate so I won’t sit here and personally victimise myself like Regina George. I know I have a lot of privilege.

Therefore, in no way am I comparing casual sexism to prevalent issues such as victim shaming or violence. But this casual infantilisation of women exists de facto and stems from a greater gender imbalance that is deeply embedded in society.

I believe intersectionality is inseparable from feminism. The experiences I’ve heard from women of colour and non-binary women exemplify this. Sometimes, instead of mere infantilisation, the man may try to deny femininity and womanhood with his gaze. My best friend (who is trans) was denied access to the girls’ toilets in a club and, when she used the male facilities, she was harassed by a member of staff who called her ‘beautiful’ and continued to sexually harass her.  She was later banned for bringing in alcohol, whereas a white male student was politely asked to empty out his flask before entering, with no threat of punishment.

There’s no winning in this game of gender binary. Whether you fit the criteria of social desirability as a woman, or you subvert societal stereotypes, a woman may always find herself in a position of mockery, dismissal or harassment. Often what is created is a universal feeling of ‘smallness’ which those who identify as women are made to feel through mundane encounters with men. 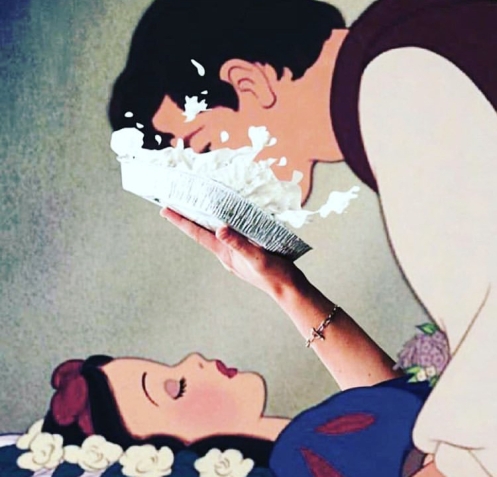 This is only one of an infinite amount of open ‘letters’ that could be written to the men who make us feel small. Faceless and nameless, lacking no particular height or build, the title of ‘the man’ doesn’t refer to the mere disparage of women.

The solution is not as simple as rebelling against ‘the man’, a term symbolic of societal power, because it is not one man and it is not every single one that is a culprit. It is just many. It’s the systemic sexism embedded in everyday life.

The goal is to minimise this feeling of smallness by refusing to tolerate these situations. Castration or incineration needn’t be involved. 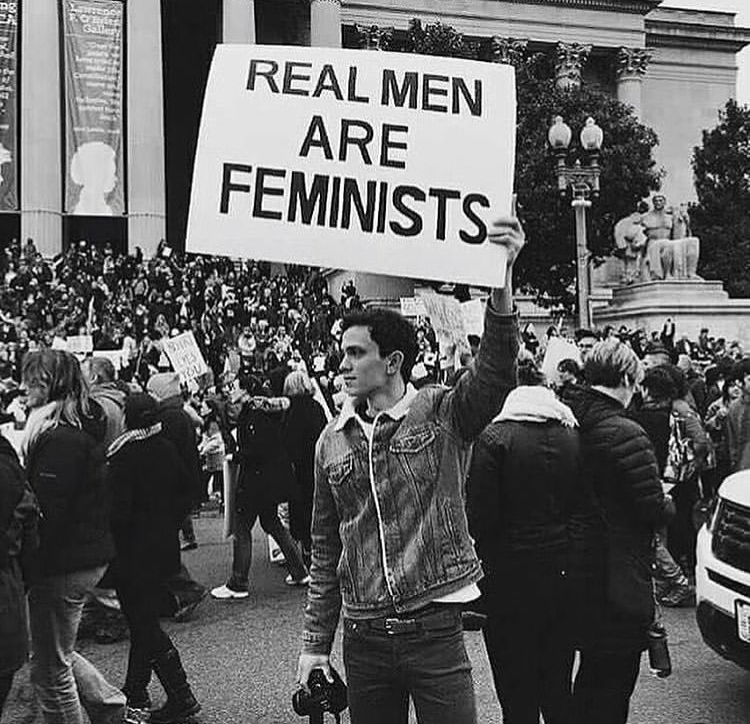 Through unwanted attention or condescending remarks, regardless of their intention, men who choose to trivialise women infantilise their femininity and seek to reduce them to positions of inferiority. Throwaway comments which alert a woman to her gender, producing a hyper awareness of her body or the sway of her hips, the glimpses of her flesh and the mere tangibility of her corporeal existence, reduce her to something not quite ‘adult’ or respected.She is immediately  burdened with the weight of her reaction; if she responds rudely, she could suffer an angry and potentially dangerous reaction from the man in question. In more casual situations, like the one I experienced in the library, she could be laughed at and humiliated further by her peers, painted as the angry feminist or social justice warrior who hates men and overreacts to everything.

When men casually make women feel small, they turn the dial of a mental time machine, teleporting a grown woman to her girlhood. To feelings of diffidence and insecurities masked behind awkwardness and concealed skin. The time she first realised she was seen as a woman, a potential resource of sexual gratification, yet was not treated as the respected adult that the title ‘woman’ entails. These are the times we are repeatedly made to feel small.

Education is key. Not everyone can grasp the essential logic needed to partake in a modern egalitarian landscape, but those that do need to speak up and speak louder.