Creative Ways to Get Rid of a Man 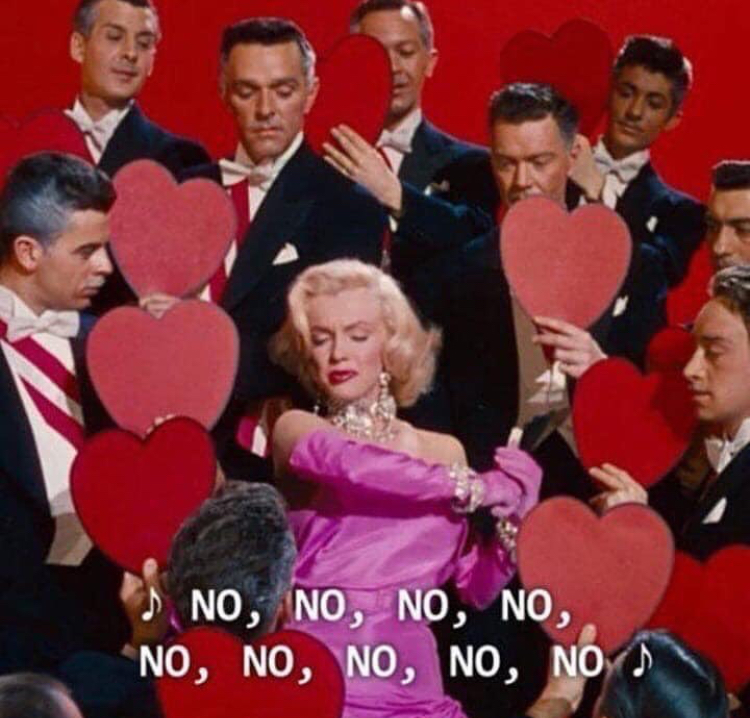 Unfortunately, there’s no pesticide for the male species, specifically the ones which see your boundaries as their favourite place to cross. The ‘I have a boyfriend line’, while lauded by women as a quick getaway irrespective of its truth status, has sadly lost its value. In 2019, memes have educated men into  doubting the truth of your relationship status. In fact, when me and my friend went to McDonalds after a night out in Canterbury, a group of men ten years our senior decided to quiz us on our boyfriends’ names, occupations, existence et al… I was surprised they didn’t ask for their birth charts. And even after we were uncomfortable enough to answer their questions because they wouldn’t let us leave, they retorted with a “Well where’s Kieran right now then?”

Therefore, that formerly tried and true statement now sputters and fails. We, as womankind, have a duty to teach one other to get creative. 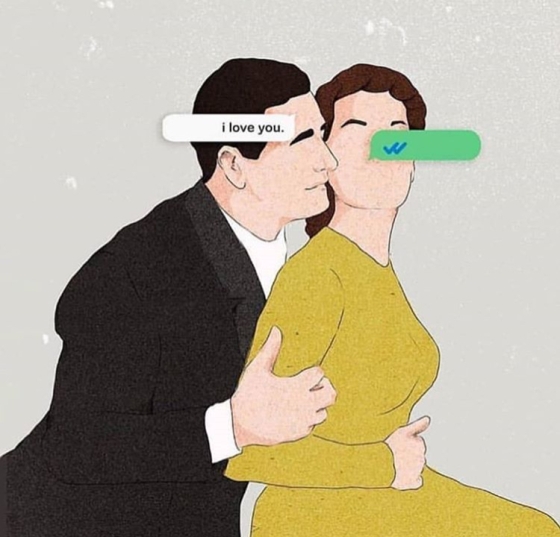 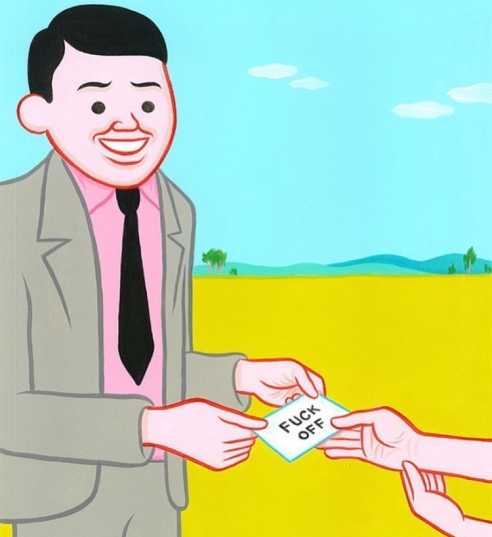 Do you remember that Jenna Marbles video back in the OG YouTube day? It was called ‘How to Avoid Talking to People You Don’t Want to Talk To’. She began by addressing those club go-ers who sashay their groin between your hips and, according to Urban Dictionary, ‘dagger’ you without your permission. She recommended contorting your face into a state of shock, disgust and just plain weirdness, saying nothing until they eventually exit your personal space.

I was about 13 when I discovered her and binge-watched all her videos, even those I didn’t get, like ‘how girls feel during sex’. At the time, I thought she was a comedic queen; one which reminded me of Dory from Finding Nemo. But this video wasn’t just comedic, it was genius. At that point, I was yet to be truly hounded by sleazy guys but was just starting to experience the budding anxiety which stemmed from unwanted male attention. 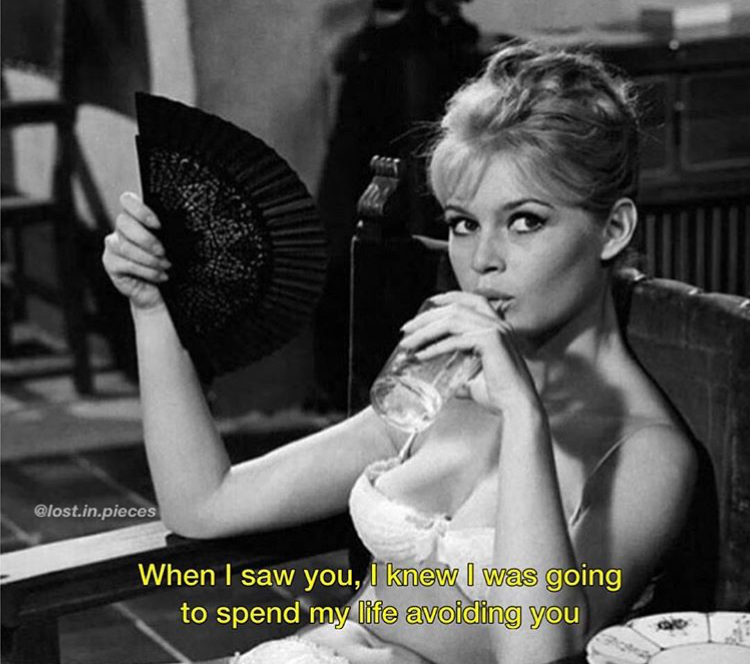 19 year olds on Twitter sent me flirty DMs, dismissing my jail bait status- particularly when I lied that I was 15. This slowly began transferring to real life too, with the dawn of white van drivers honking and yelling expletives.  Eastern European guys at coffee shops lining my journey to school complimented how my legs looked in my school uniform.

Now, the gym and public transport is a hotspot, almost at the same level as Oxford Street clubs in terms of the unwanted, sleazeball intensity of the lascivious eyes woman meet and are often forced to interact with. Either way, the meaning behind Jenna’s video still applies to all these situations, yet her actual tip is for the thicker skinned, not for the weak of heart. However, it’s satirical means powered by its practical purpose is one I intend to adopt when relaying my real tips.

But I’m making these tips 2019, and by that I mean explicitly gendering them and targeting them towards a feminine audience (although both men and women are welcome to use them of course). 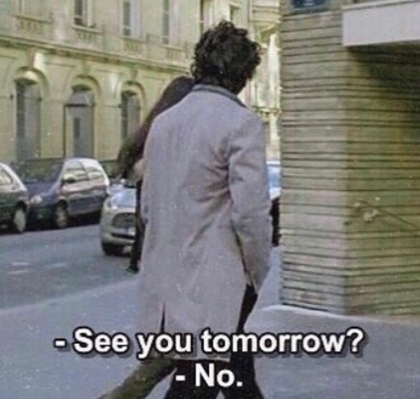 I believe that good vibes are like a boomerang- you get what you put out, just like Karma. Therefore, I can’t call myself a true feminist if I don’t lend you all some tips on how to shut down unwanted attention in a way which truly works- “it’s like, the rules of feminism” (Gretchen Weiners 2004). Some of them may seem ridiculous, but if I haven’t tested all of them myself, I’ve either seen them in action or am making an educated guess that they’ll probably work. 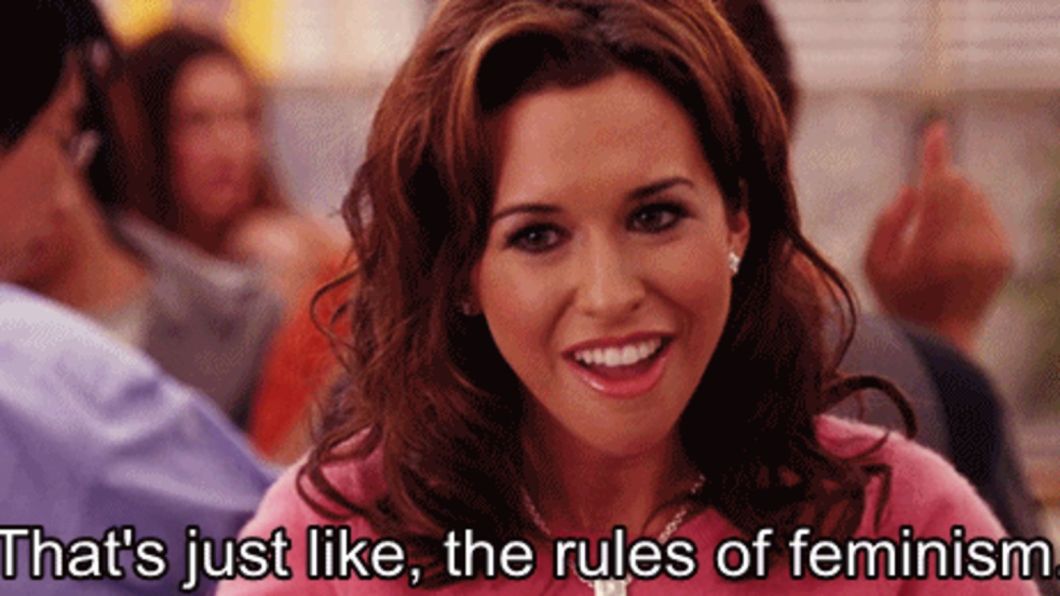 1.Lie about your age 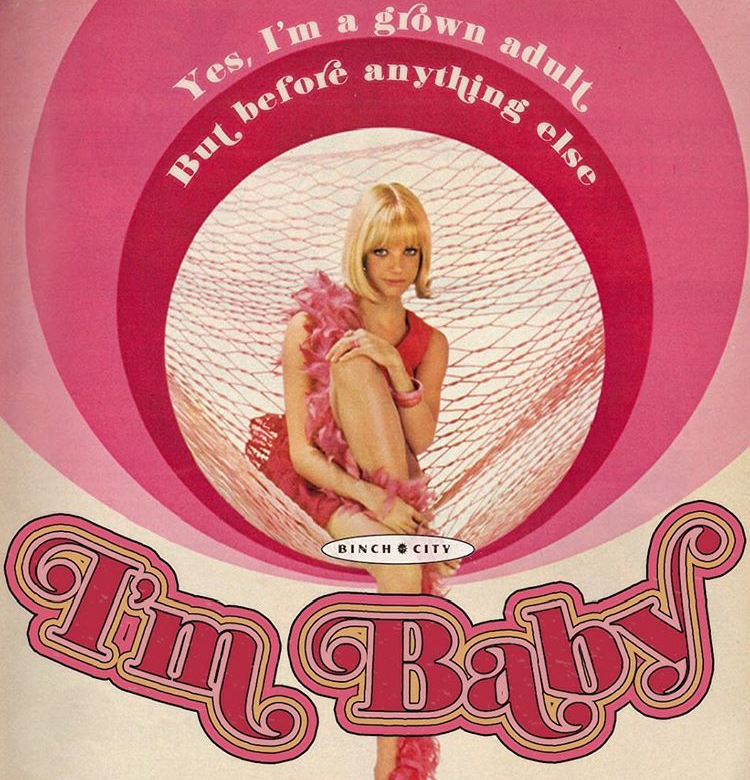 Say you’re younger, but not for the reason you think. Rather than doing this to get the guy, you’re doing it to scare him away. Quite literally.

Warning: this only applies if you can roughly pass as a teen, so if you’re over 25 I don’t recommend it unless you want to be called out and pestered for lying by the same male you’re trying to get rid of.

However, if you’re 21 like me and find yourself wearing lighter makeup and more modest clothing which doesn’t reveal your matured figure, it’s pretty easy to get away with. To be honest, even when I show my curves I can get away with it, since 16 year olds look 21 nowadays with all their manicured bells and whistles. I figured this trick out when roadmen kept asking my age- even after I was over 18- to avoid any trouble, which, judging from their actions, they’ve definitely stumbled into before. 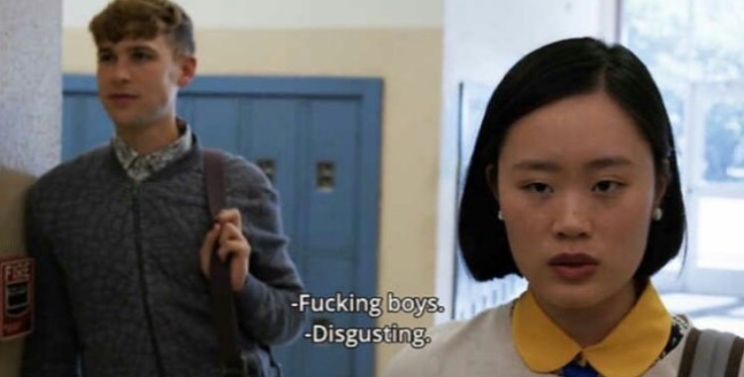 The other day these two tracksuit clad bros kept following me around the gym, staring at me repeatedly. I literally rushed out when I though they were going to approach me. I thought it was a close one, but then when I was sitting at the bus stop, completely oblivious and getting mentally prepped for an interview, they appeared in front of me. 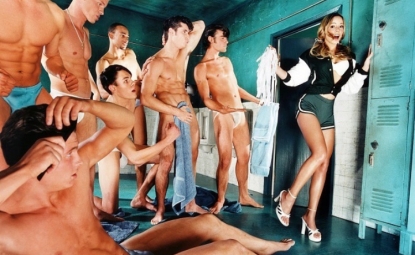 “Yo first of all I think you’re really good looking but I feel like you might be young, how old are you?” It was very Kanye/Taylor “Ima let you finish” vibes.

The mistake I’ve made before is hesitating, saying “umm”, and picking a number over 18. Now, I just smugly say “17”. They literally ran for the woods, or the nearest chip shop in this case, exactly like the *run* meme come to life.

One time I said I was 17 and was surprised he kept pursuing me- turns out he was 17 as well but actually looked 25. Talk about a role reversal. I just think of it as karma for when 30 year olds have tried to tell me they’re 25 just to land a date. 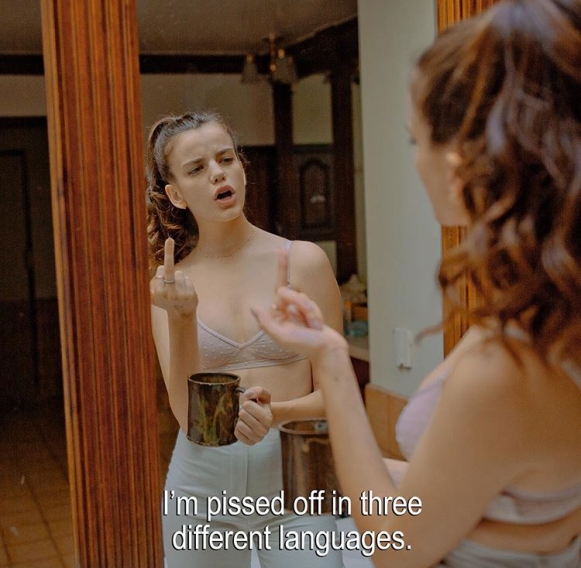 One time, this guy ran up to me when I was with my little sister and was clearly trying to dodge his advances. While he was leering in my face, in complete fluency I simply said: “sorry, I don’t speak English.” Feel free to go for the Oscar and speak in another language or accent if you want, I just don’t think he deserved that effort even though I’m also fluent in Bulgarian. 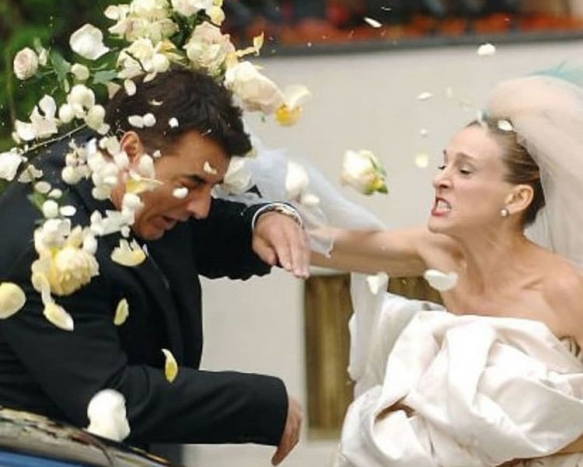 This is the boyfriend line on steroids. If you’re a ring wearer, you could even do a Beyoncé and put your hand in the air, throwing it in his face. Theatricality matters. Most creeps think of themselves as good guys at heart; that’s why the guy who spammed me with ‘sit on my face’ while I was dating someone proceeded to tell me ‘It’s so sad to see a happy couple break up’ when he found out I was having relationship issues.

4. The hope and pray method 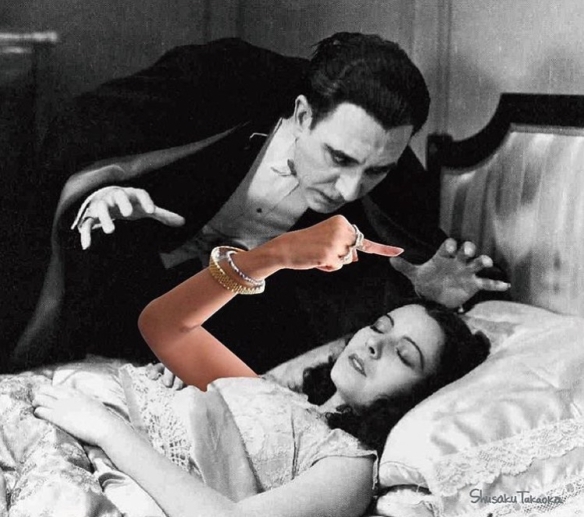 This one is simple; it’s called denial. You pretend like you have no clue they’re following you around the gym or trying to approach you and slyly speed up your walk, completely ignoring their existence until you’re safely out of bounds. Sometimes it’ll backfire, like when you run to the changing room and realise they’ve somehow intercepted you at the door, probably jogging downstairs after you while they had their chance. Predatory behaviour has become normalised, and even infantilised in a world where ‘boys will be boys’ is considered cute.

5. Humour them until they go away 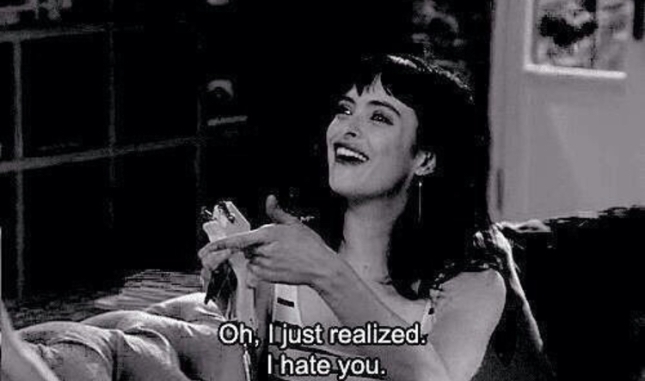 This one is for those dark alley moments where your rape alarm just isn’t enough, and you’re not exactly a kickboxer. It’s the opposite of girl power, but sometimes it’s better for your safety to play nice (not dead) and answer everything briefly, politely and falsely until you exit the situation and make an excuse to leave. 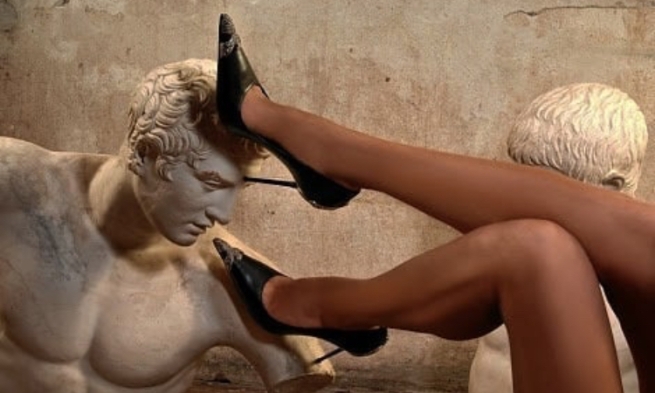 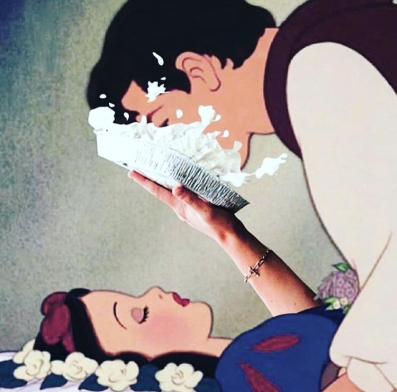 My iconic friend (and MGC model) Jasmin set the precedent for this one. As we were leaving a club, this group of Arab men started chatting me up first, then moved to her when I shut them down. Politeness is not the answer here, ladies. She raised her hand in the air, with the sass and gusto of Ru Paul’s decadent drag queens, and waved it to the beat of three repeated syllables: BYE !! BYE !! BYEEE!! 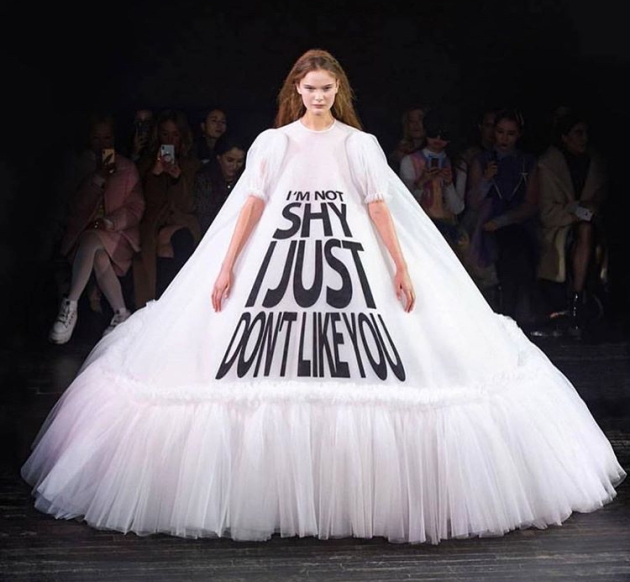 If you’re a shyer soul, it’s better to preserve your energy and ignore, ignore, ignore. Pretend you’re blocking them in real life. The danger of this is that the creeps with twisted power and inferiority complexes, who weren’t loved enough by their mothers, will pester and harass you until you’re forced to voice a faltering ‘no thanks’, or are even pressured into giving them a fake number. Resilience is key, so endure they’re idiocy until they are out of sight, out of mind, and away from mental or physical contact. 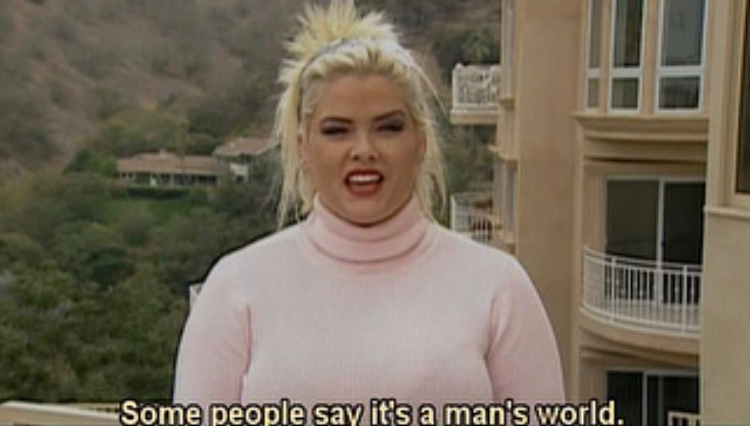 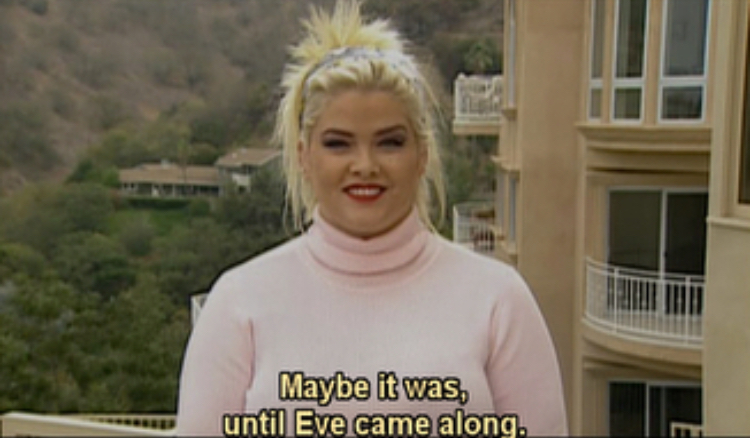 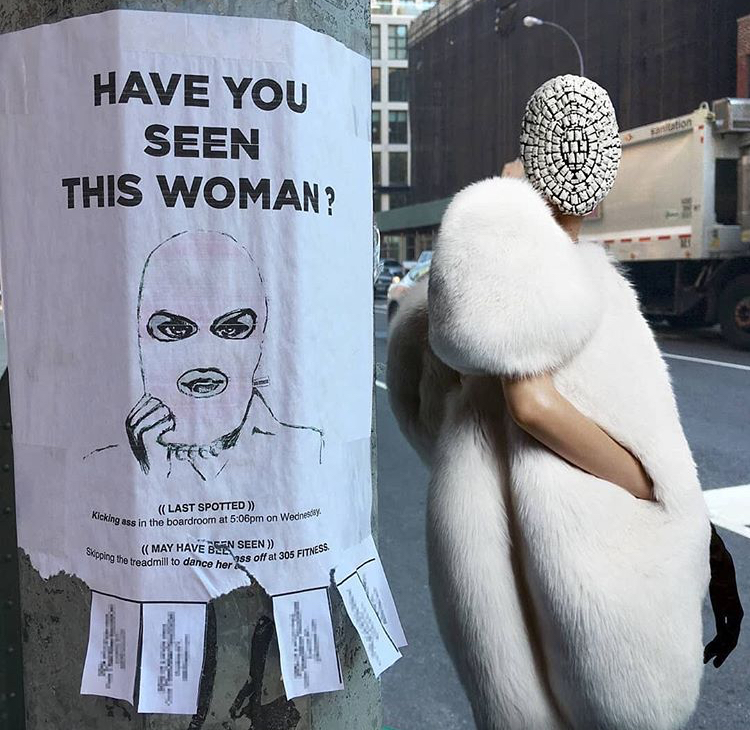 I’m not super proud of this one, but it’s fun if you’re single and have nothing to lose. In my first year of uni, before I got into a relationship, my friends and I would adopt different personas on club nights so we could talk to strangers without the burden of socialising after sunrise. I was Giselle from Brazil (sometimes half Russian), Jill was Carmen from Columbia (sometimes an African princess), Melisa was Vanessa, Sophie was Georgina etc… We even gave our guy friends fake names which they forgot as soon as they left our mouths. If we were tipsy enough, we adopted an accent and said we were step sisters, or perhaps even radical lesbian lovers who weren’t interested in men. 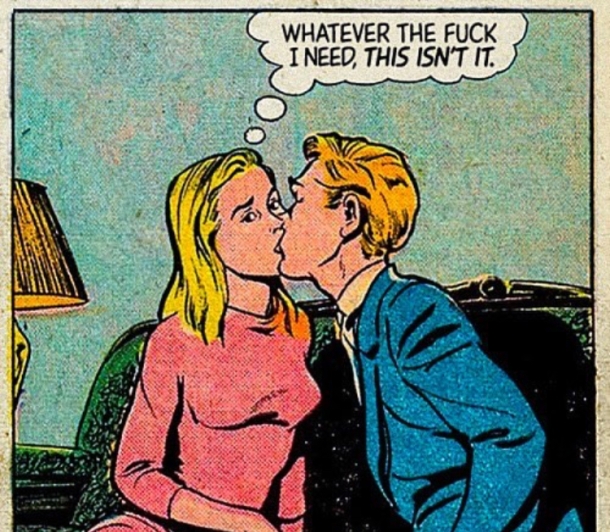 I’ve personally never tested this one out before, but the ‘I’m a lesbian’ line seems to fuel their mysoginistic need to ‘turn’ you or it simply perhaps turns them on with primal thoughts of threesomes where they metamorphise into the alpha male. My friend also noted, in the name of social justice, that the lesbian trick could be offensive to actual lesbians. Either way, maybe saying you’re asexual will do the trick if you’re out of ideas and forced to think on your feet. Who’s willing to take one for the team and give us some feedback on this one? 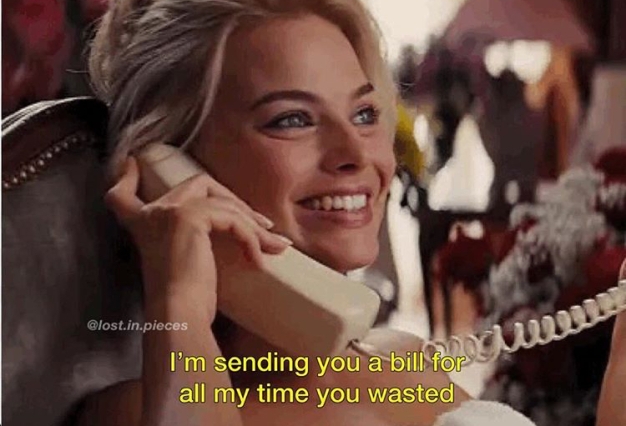 An easy way out, and often true if you get ready as slowly as I do. It won’t work in confined spaces like gyms, but if a guy tries to get your attention while you hustle through the streets of central London, it’s best to say  ‘sorry, I’m late for something’- minus the sorry. 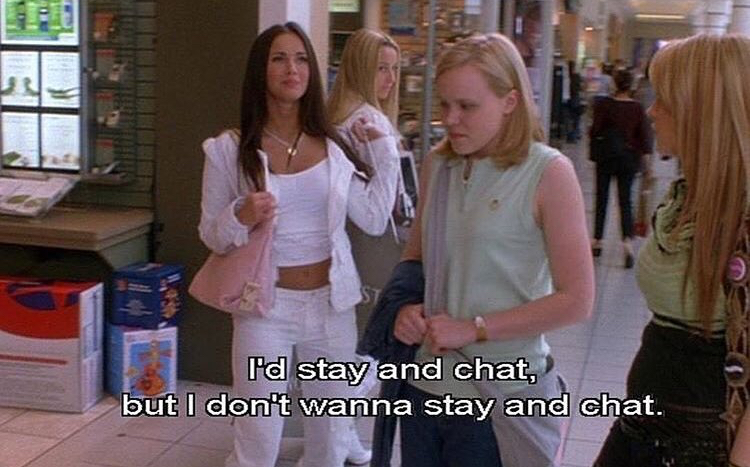 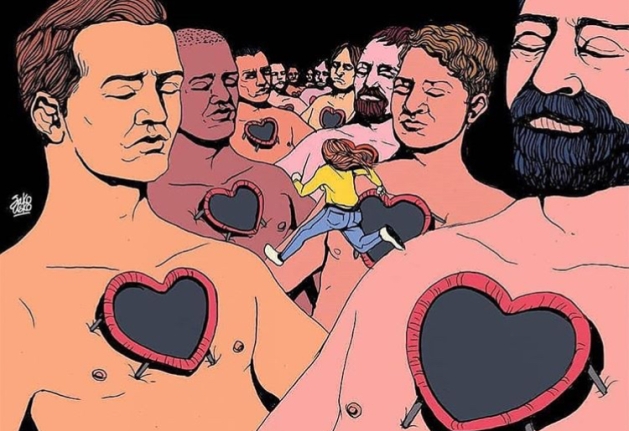 Be aggressive. Don’t stand for street harassment, where raucous laughter is the norm at your expense, and your sexualisation is a catalyst for amusement. I’ve wanted to do this so many times, but always felt too meek in the presence of so many grimaces and the ugly, ones decent words they spit out. But be brave and simple let them know that if they don’t quit, you’re calling for back up. 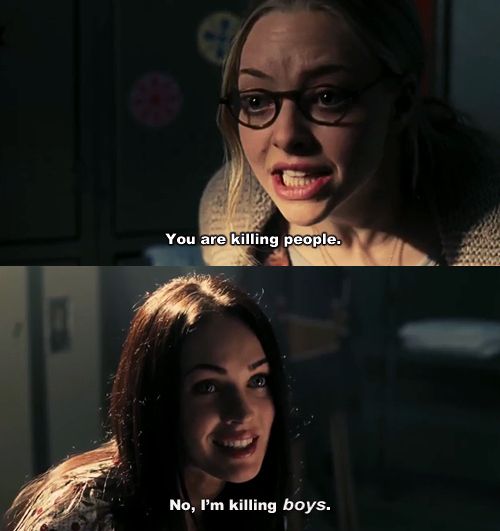 This one is for long term situations. Say, you’ve been dating for a few weeks and suddenly realise they’re a psychopath. Yes, you could block and ignore them but the problem is that they know you’re address. This one guy refused to leave my room until I threw a fit, and showed up an hour before our date, complaining that it was cold outside and that I need to let him in. 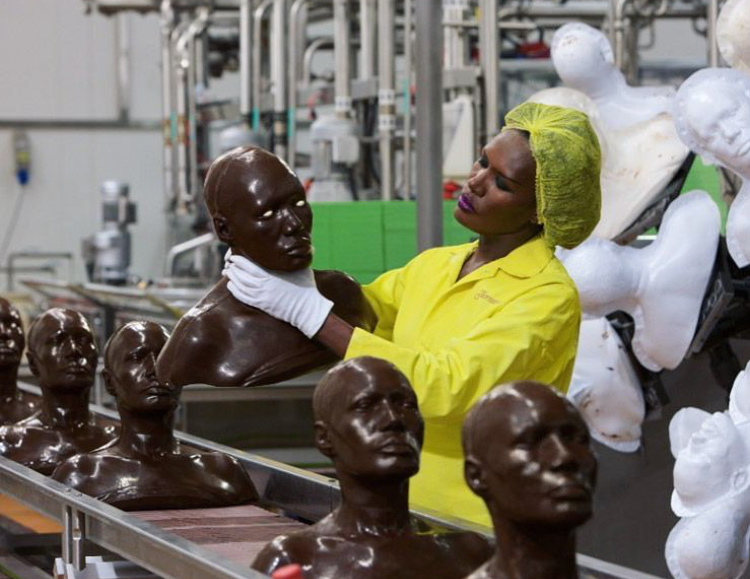 In these situations, pull out the magic 4 card and give them a speech which protects your safety and will hopefully provide an attention blockade- on text is preferable. Say you’re having a family emergency or personal crisis (buzz words that prevent further need for explanation which also avoid jinxes). Pretend you’re a corporate copy writer and give them a spiel on how it’s been nice talking to them but you will contact them at a later point if you’re ready to resume any sort of relationship again. Even if you’re not planning to , the mixture of hope and closure is likely to take a psychopath, or even a regular old annoying guy, off of your hands while you sail into the sunset with yourself. 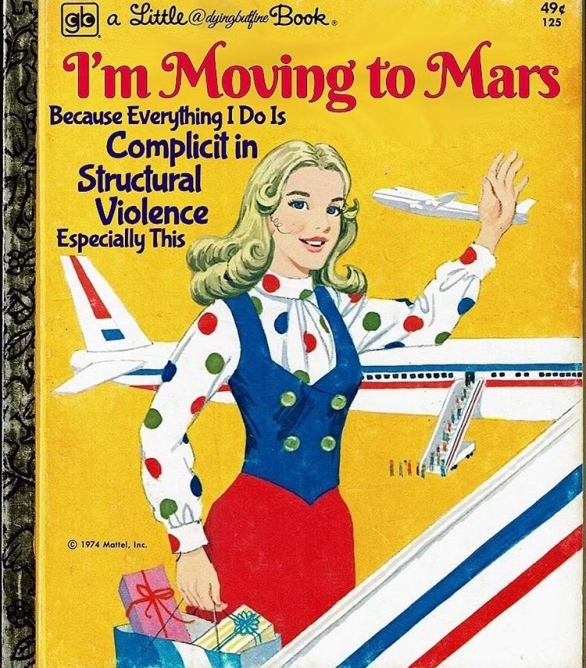 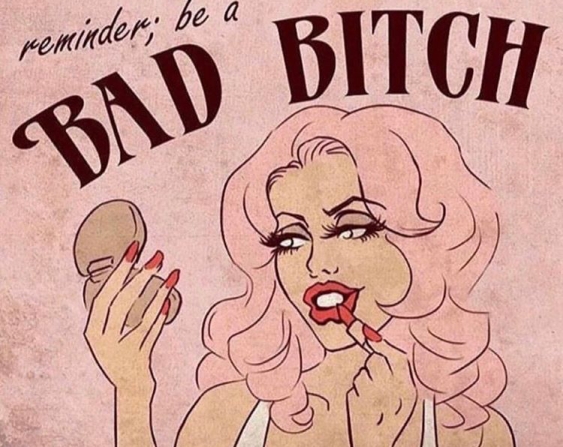 Simply don’t be afraid to say no. While this may seem daunting, because women are conditioned to be people pleasers, this last tip should actually be the first. Although the least amusing, the best thing to do in any situation is say you’re peace and demand to be left alone. 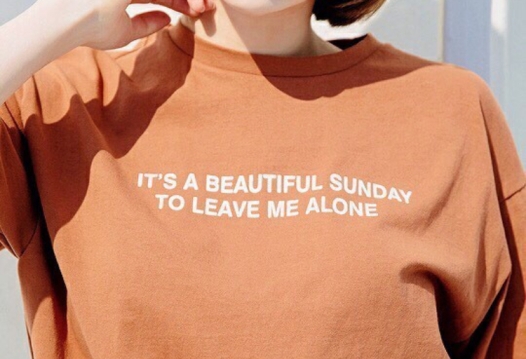 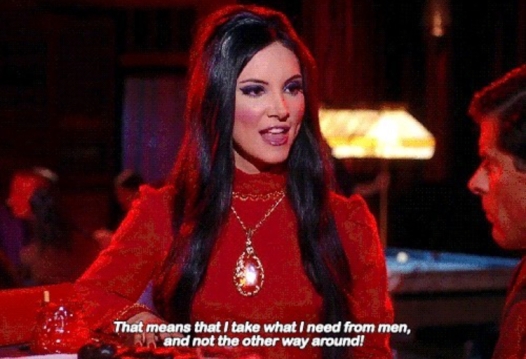